A forked ergodox-tent with tilting and much more

I received my printed fullhand stands at 6 degrees tent and 3.5 degrees tilt. I had them printed by a local person on makexyz.com, for a small fraction of the price of online printing services. This is white PLA. It fits tight but well. Here are the photos! 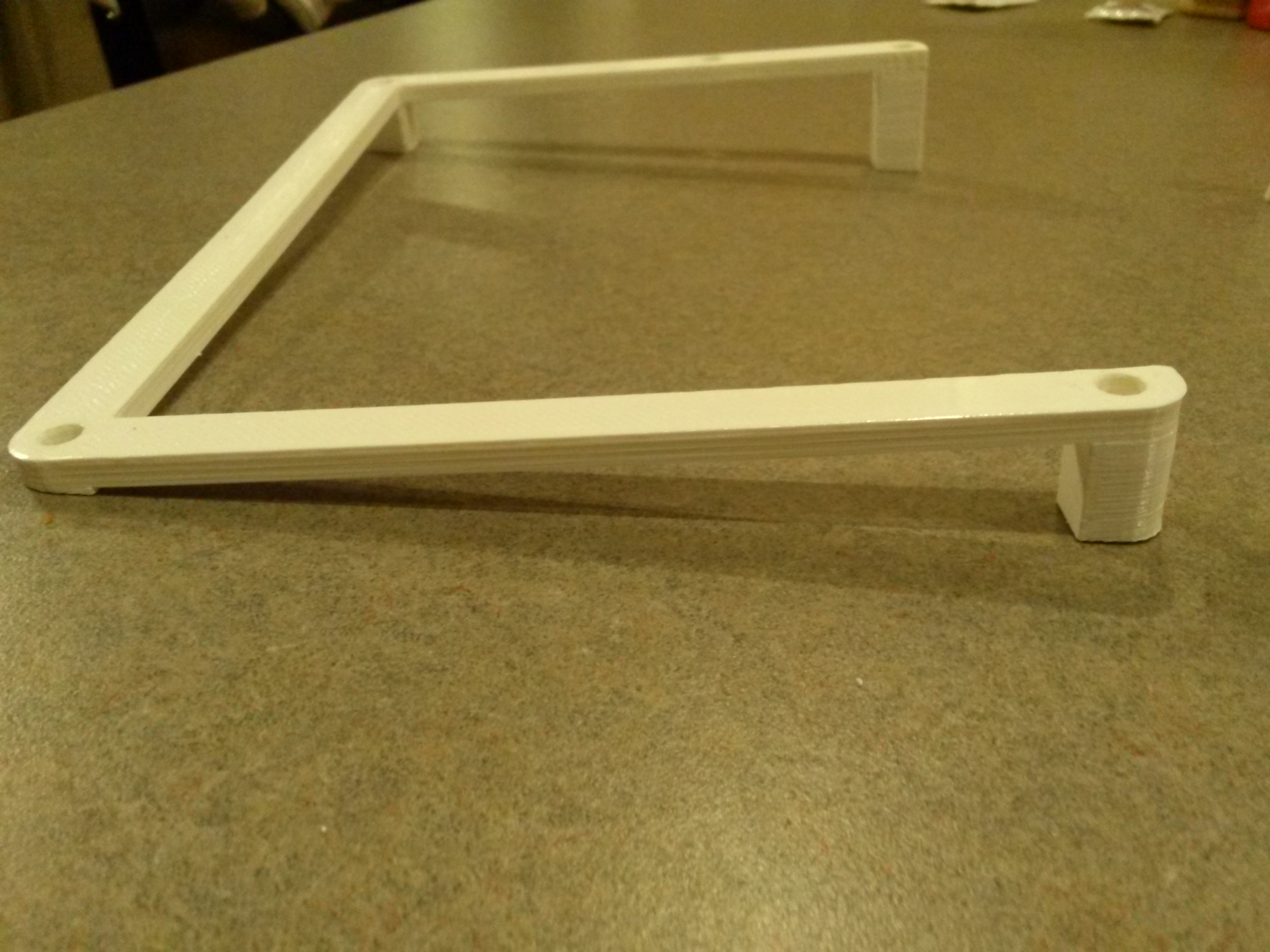 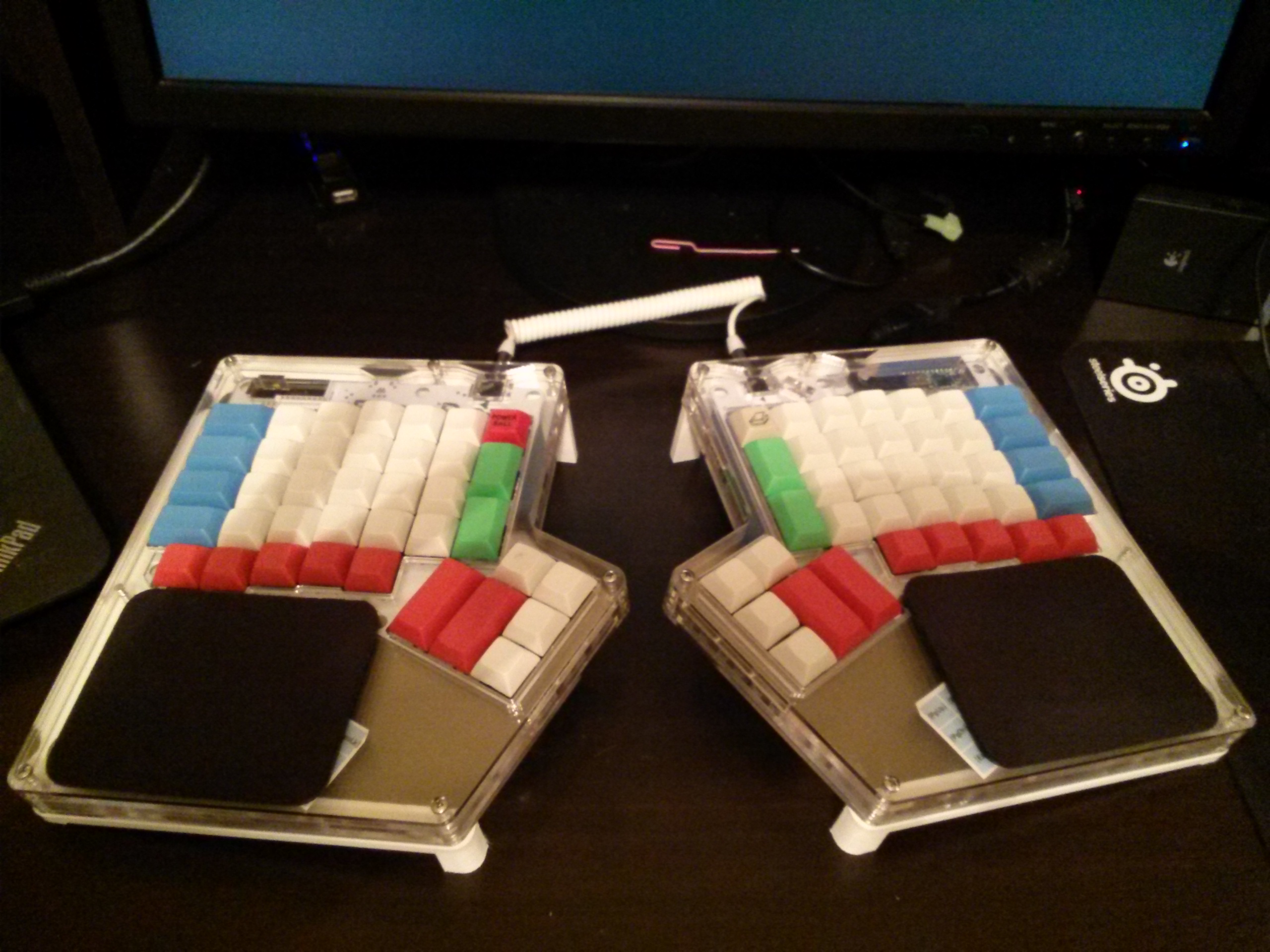 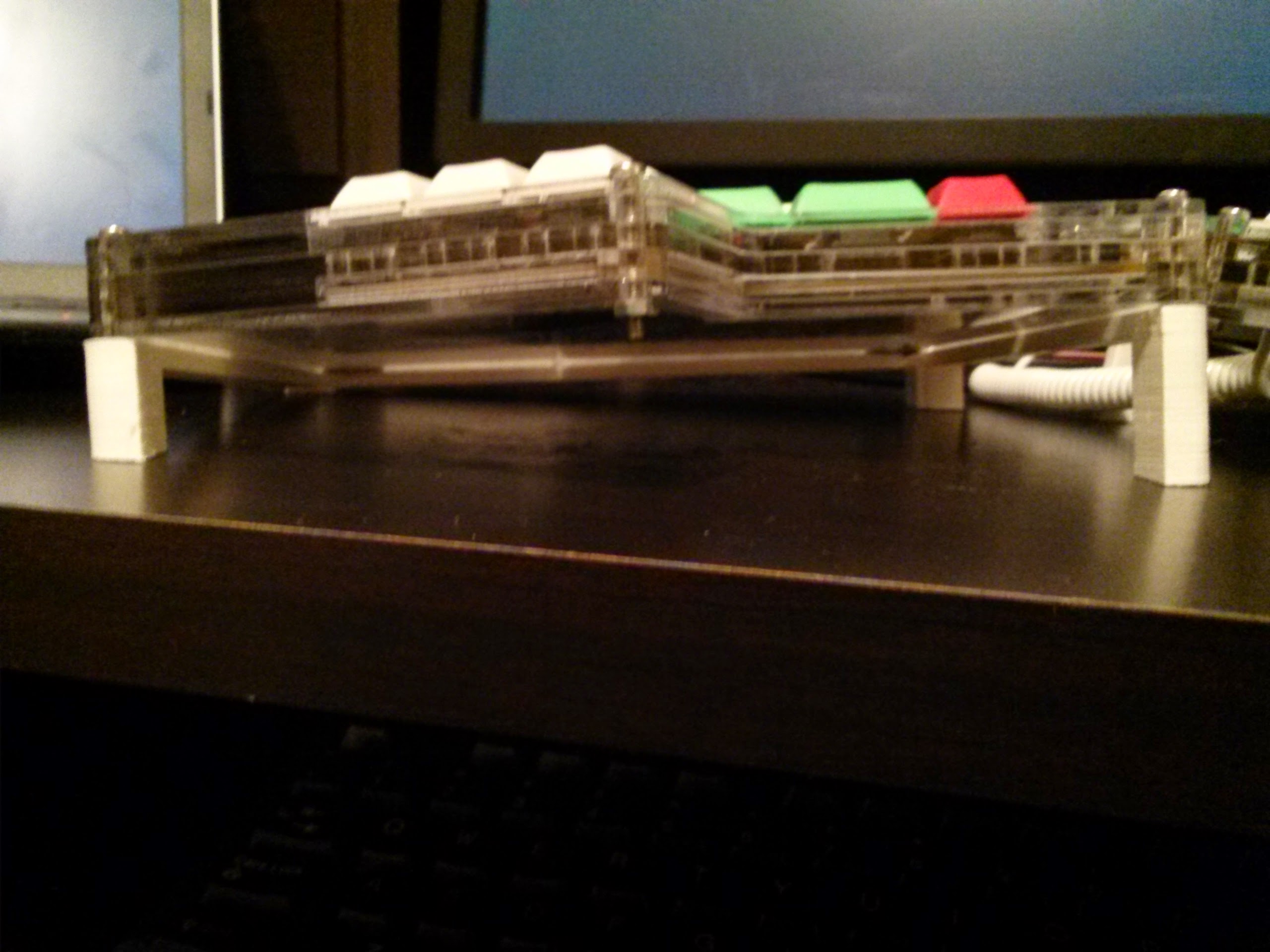 Can you see what I forgot? The middle outside nut holes :( Therefore I had to remove that screw from each hand. I have since corrected the code and sample STL/SCAD files.

The standard-size test print from Shapeways is in the mail now. 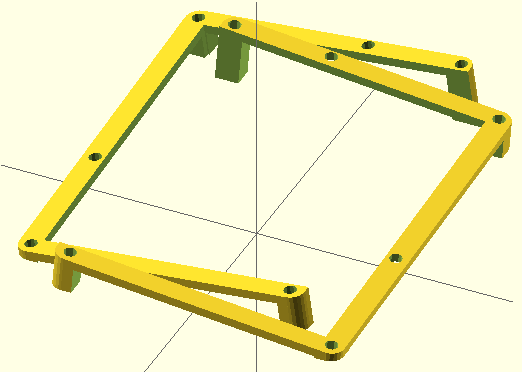 I (bchociej) forked this repo from adereth/ergodox-tent and implemented new features, including tilting, native millimeter dimensions, and full-hand version. I have also cleaned up and parameterized the code a bit.

Note carefully: my version is slightly different than adereth's in that mine is designed to span the entire width of the Ergodox keyboard. Adereth's version did some trig to figure out exactly how high to make the half-width model. In mine, you are free to adjust the height as you wish so long as the printed stand spans the entire width. I recommend keeping at least 5mm extra material at the lowest point of the stand in order to house screws and nuts that poke through. Your keyboard may vary, so take measurements and use common sense when tweaking the customizable parameters in core.clj.

Edit the "CUSTOMIZABLES" section of core.clj to tweak the output. You can customize standard/full-hand design, tent angle, tilt angle, height adjustment, and the gap between the two sides for printing.

I didn't know what I was doing when I cloned this repo. Maybe you don't either! Here's how I got things working:

You can use openscad to Build (F6) and Export to .stl format too.

To fulfill the various licenses: this is based on work by adereth, and I have modified it as described above. I hereby release modifications under the same licensing conditions as the original work.

(this section based on Adereth's original README.md)

A tent for the Ergodox acrylic case designed by Litster. The design was implemented using clj-scad.

Adereth's original version, off of which this fork is based:

If you're just interested in printing your own, just download resources/stand.stl and feed it into your favorite software for 3D printing.

If you'd like to contribute, I'd prefer you make changes to the original Clojure source. I've also included the generated SCAD if you want to experiment and don't have a Clojure environment set up.

All source is distributed under the Eclipse Public License either version 1.0 or (at your option) any later version.

The stand design and all images are released under the Creative Commons Attribution-ShareAlike 4.0 International License (CC BY-SA 4.0)